Caring Contact, a regional suicide prevention agency with a budget of around $300,000, needed several years of large cash influxes. Board giving was steady, accounting for about 5 percent of individual donations. To raise money, the agency conducted two direct appeals, one around the holidays and one on the spring They enjoyed steady foundation income, but those donations were not guaranteed from year to year. They also had a small media sponsorship program that brought in a few thousand dollars each year. A few more thousand was raised through volunteers holding garage sales, getting local businesses to donate a portion of their sales, birthday celebration giving, and other small fundraisers.

Contact’s biggest fundraiser, their annual gala, once netting over $100,000 was barely netting $25,000 and took a significant portion of the executive director’s, development director’s, and fundraising volunteers’ time. Once personnel time was factored in, the event lost money.

I was the executive director. The development director and I knew Contact got a much high return on investment through individual gifts. But the agency’s holiday and spring appeals did not yet generate enough to carry it through the year. And the large gala sponsorships sustained our cash flow when other money was not coming in.  Plus, the gala, grant writing, appeals, and current small fundraisers took up so much time that there was no capacity to pursue other major fundraising activities.

A six-figure gift that could replace the gala income for a few years would be nice. We needed at least $25,000 annually. I dreamed of an endowment that would spawn that much each year. That was a $500,000 ask.

But I had never asked an individual for that much before. I pondered asking people of wealth for large personal gifts. Who did I know that I could approach? And how would I even make the ask?

I thought of Linda, whose husband was the executive vice president of marketing at an international financial services company. I had met Linda in a self-help group setting and knew Linda struggled with depression. Linda had also come to two of Contact’s community fundraisers. Perhaps she would be interested in making a large donation to the cause.

I called Linda and asked her if she would be interested in learning more about Contact. She said yes.

I gathered the more in-depth flyers and brochures I had on hand and put them in an envelope with the requested financials. I mailed them to the address Linda’s husband had provided.

A few days later, i called Linda and asked her if she had received the materials I sent and if she and her husband were interested in meeting to discuss suicide prevention in the area. Linda was interested. We arranged a date and time for a breakfast meeting at a local diner.

I called Bob, my board president, to inquire whether he could accompany me to the breakfast meeting with Linda and her husband. I told Bob the purpose of the meeting was to secure a six-figure gift. I needed him to tell Linda and her husband about the kind of calls he answered and how much our trained volunteers helped people. I also told him I was going to bring our financials and that Linda’s husband would probably grill us about our plans for financial stability.

Bob and I met Linda and her husband at the appointed time and place. I began the conversation by asking Linda about her family and how they were faring. Bob soon joined the discussion talking about his experiences as a volunteer listener. Linda’s attention peaked. The connection was made.

Soon the dialogue turned toward supporting Contact. Linda and her husband peppered Bob and me with questions about Contact’s impact in the community.

The time came to ask Linda and her husband for financial support.

“Would you consider supporting our organization at a leadership level?” I asked.

“I was thinking something like a $500,000 endowment that could spawn $25,000 a year and support our Save Our Youth program in perpetuity,” I said. “Is that comfortable for you?”

“We usually support organizations with a much smaller gift over a number of years,” Linda’s husband responded. “Especially a first donation for such a small agency. What if we considered $25,000 a year for five years? Would that still allow you to make the impact your described?”

“Yes, for fewer people over a longer period of time,” I told them. “Plus, the extended time factor will allow us to attract other leadership donors and leverage your contribution.”

“I’d like to help you do that,” Linda declared. “What are our next steps?”

I was ecstatic. I had just secured $125,000, more than a third of our operating budget. I was on cloud nine. I couldn’t wait to call my development director and tell her the good news.

And then it hit me. Who else could I ask for a substantial gift? Just how much money could we bring in? Maybe we could become sustainable.

I wish I had known about Major Gifts Ramp Up back then. It would have made life easier. And I would have raised even more money from more people. Imagine how much impact Contact could have made with those kinds of results. 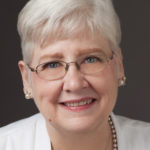 About the author:  During Joanne’s 30+ years working in the nonprofit arena, she has held positions from volunteer to executive director. Integrating fundraising with strategic planning, marketing, operations, and financial systems, she builds up organizational revenue streams, creating sustainable funding structures. She specializes in helping nonprofits improve their ROI and realize continuous net surpluses. She currently provides consulting services, multi-module online courses with private coaching, person-to-person fundraising advice, annual summits, virtual get-togethers, and weekly newsletters. She can be reached at [email protected] or through her website www.joanneoppeltcourses.com.